League Of Legends Jungle Changes – Everything We Know So Far No ratings yet.

Some pretty big changes are coming up for League of Legends, according to the 2023 Preseason 2023! One of the biggest ones revolves around Riot Games’ decision to include “jungle pets.” In addition, plenty of other League of Legends jungle changes are coming up. This includes pathing recommendations and visual leashing signs. Riot Games revealed many of these changes during the October Preseason event, which included the updates in a list. Naturally, most of these fixes will help to improve player teamwork and communication. However, Riot Games has included some quality-of-life tweaks so that newer players can get stuck in.

Of course, the biggest change is the League of Legends jungle pets. Originally, Riot Games introduced these in October as part of the Public Beta. As such, some players have already got to play with these pets and previewed the next few patches.

According to Riot Games:

“The jungle is a dangerous place and it’s dangerous to go alone, so take one of these jungle pets by purchasing them in the in-game shop as an egg!”

As players play the game, the pets will gradually evolve and progress. As soon as they become fully evolved, these pets will reward the player with Avatar buffs. These buffs will benefit players by giving them different skills and abilities. Currently, the only known way to help pets evolve is by killing monsters. In doing so, pets get “treats” to help them progress. The three species we know about are Noxian Embercat, Ixtali Ixamander, and Ionian Cloudleaper.

What are the League of Legends Jungle Pets? 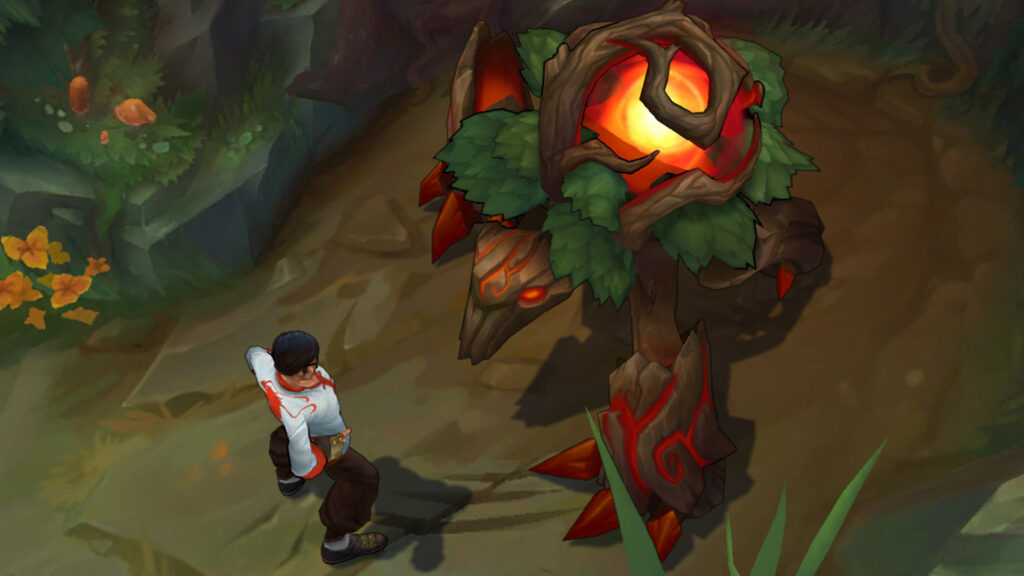 Each of these League of Legends jungle pets has different abilities. Firstly, the Embercat gives its player slows and awards bonus damage for anyone looking to fight aggressively. In comparison, the Ixamander is more for players to like to play as tanks. It’ll give them slow resistance and a shield, which depends on your health. If that’s not enough, it’ll also give Tenacity after being broken. On the other side, we have Cloudleaper, which is more for those who want to put pressure on lanes. This pet gives extra bonuses to movement and speed.

In a video, two game designers spoke about the League of Legends jungle pets. The pair, Ezra Lynn and Tim Jiang, spoke about the new pets and how they’ll improve gameplay for all jungle players. According to Lynn, he has played main in the jungle since season 3. Apparently, he believes it’s “wildly too hard to learn to get to the point where you’re having fun.” Jiang echoed this by stating that jungle pets will replace jungle items. He stated, “you see your jungle pet, you want to feed it, you want it to grow up, and you’re going to get powerful.”

According to the designers,

“The hope is that, at the end of the day, experienced junglers feel like they’ve got something new. They feel like the role is still for them and new junglers or junglers who are interested in the role, but were always pushed off for one reason or another, feel like they could approach and play the game.”

So, it seems that the League of Legends jungle pets will greatly affect the game! However, it’s not just these animals that will switch the game up. In addition, Riot Games has included a new visual leash indicator with the new patch. These signs will show players how far they can stretch their camps before affecting their patience. As such, any junglers can truly deliver a fantastic jungle clearance without worrying about pixels.

“These first clear paths were determined by gathering data from high-skilled junglers on their high mastery champs across the globe. Pathing recommendations are based on which routes most often led these players to a victory and will be updated each patch.”

The Next Generation of DC Movies and TV Has Arrived…