LOTR Online 2023 Plans Revealed Including DLC No ratings yet.

Fans of Lord of the Rings Online – it’s time to rejoice. Recently, Standing Stone Games revealed its plans for this year, and it’s pretty exciting stuff! This includes a new expansion pack and the fact that they’re intending to run the game for at least another 15 years. Currently, the game is in its 16th year, and Standing Stone Games revealed that they have some “ambitious” plans ahead for LOTR Online 2023. But what will these involve? Keep reading to find out!

As part of these plans, Allan Maki, the lead systems designer, spoke about what’s coming up for the game. He teased the updates and expansion for the game, which he claims will help the game to meet fans’ “modern expectations.” Additionally, Allan Maki said there’ll be more endgame content for people who have completed the game. He described it as “ambitious,” which excited us!

If that wasn’t enough, Allan Maki also revealed a new expansion is coming to LOTR Online 2023. Currently, we don’t know what this expansion will be or the exact details of its release date. However, we know that’s coming in the second half of 2023. All Allan Maki revealed were the following sentences:

“Across the salty sea, beyond the Bay of Belfalas to the shore of the Corsair Kings, Umbar. And that, dear readers, is a tale for another day.” 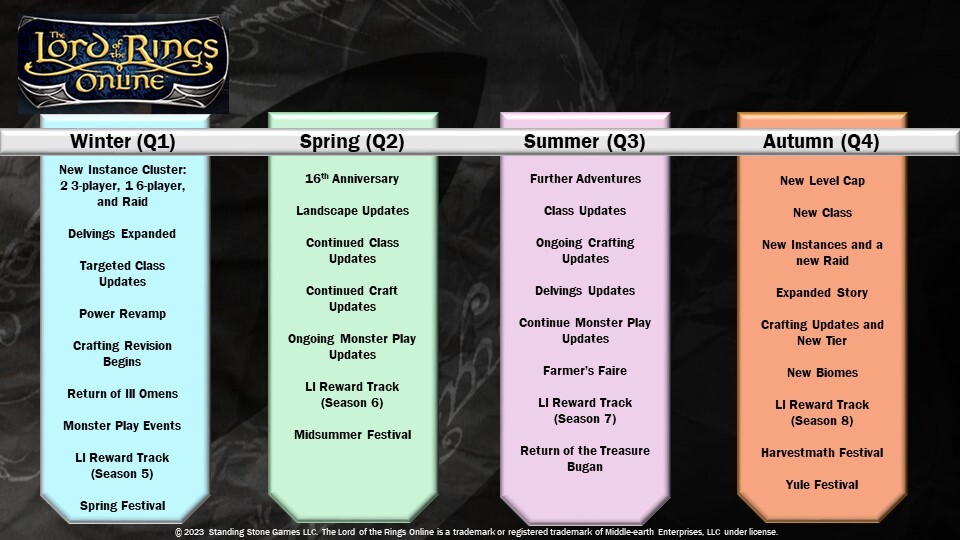 “Reflecting on where we are in the development of the game, we recognize that there are some areas, systems, and experiences that need attention and sprucing up. We also understand that there is a need for level-cap content and new things for you to do. Our focus in 2023 is bringing some of those experiences up to more modern expectations and the expansion of the game world, story, and direction as we begin the next 15 years of our journey together.”

So, there will be regular, quarterly updates over the next year. Currently, it’s unclear what the exact details of these updates are. However, we can expect some features, such as extra adventures, a new raid, power revamps, and a new level cap. Additionally, the roadmap revealed there’s a special 16th-anniversary update coming as well.

On top of this, Standing Stone Games revealed some changes coming to classes in LOTR Online 2023. Specifically, these include Warden and Captain Classes, although we’re not sure of the specifications of these changes. Additionally, they’ll also upgrade the game’s power systems. Speaking of these changes, Allan Maki said:

“The impact here will be less on the moment-to-moment experience on the landscape and more on the management of this resource in dungeons and raids.”

However, that’s not all! We also know the crafting systems will change, and they’ll be a new focus on events and festivals. Here’s what they said:

“Along with the return of Ill Omens, we will expand the rewards for the Spring festival, introduce new direct Player versus Monster Player events inside of the Ettenmoors, and work toward providing a new set of cyclical events that revolve around the different crafting professions.”

Lord of the Rings Games 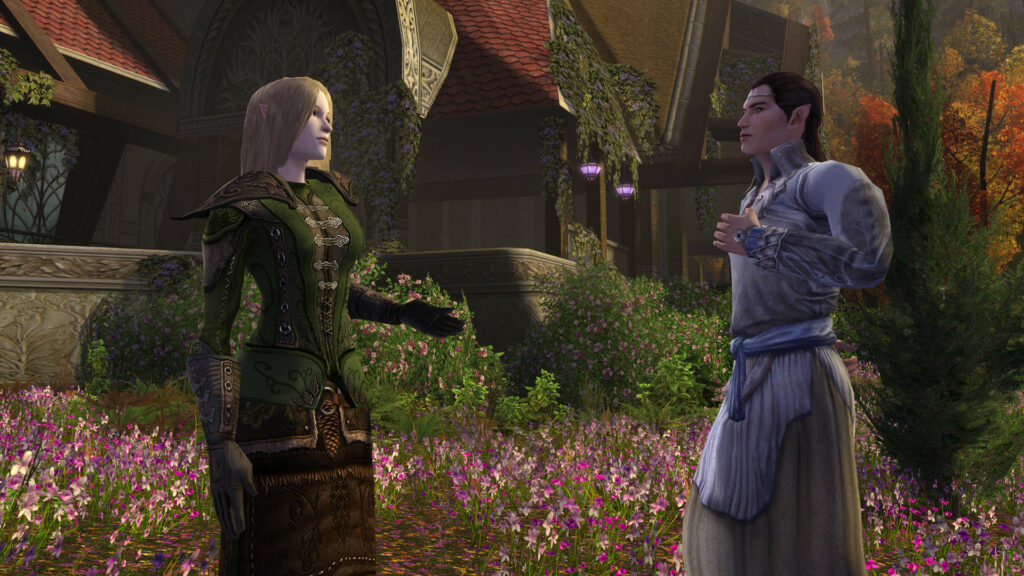 Of course, LOTR Online 2023 isn’t the only title in the works. Currently, we know Return to Moria, a survival crafting title, is coming. There’s also The Lord of the Rings: Gollum spinoff and an unknown game from Take-Two and Weta. The future looks bright for the Lord of the Rings franchise, and we can’t wait to see what else they’re cooking up!