Who Is the High Evolutionary, The Mad Geneticist Of Marvel Comics? No ratings yet.

Herbert Edgar Wyndham is a kind of evolved human known as the High Evolutionary. The character is part of the American comic books published by Marvel Comics.

The High Evolutionary is considered a scientist who attempts to take what he considers inferior life forms and improve them into a perfect species. Although not well known to fans, he is credited with many of the genetic breakthroughs seen in the comics. Before he was the High Evolutionary, he was an ordinary human being named Herbert Edgar Wyndham, a native of England. By the 1930s, while studying at the prestigious Oxford University, he was drawn to biology, especially the work of genetic biologist Nathaniel Essex.

Thanks to this, he began his experiments in genetic manipulation, building an invention of his own, such as the machine that he named the genetic accelerator.

This machine had a specific purpose: to attempt the species’ evolution. Therefore, he began his work with rats in the basement of his mother’s house in London.

His real beginnings came at a conference in Geneva on genetics. There, Wyndham was approached by an inhuman geneticist named Phaeder, who had been relegated from the guild. This mysterious man handed him documents revealing plans to crack the genetic code.

The information provided by Phaeder allowed Wyndham to strengthen his experiments. In this way, he successfully developed a serum that would allow the evolution of species, which he named “Isotope A”.

His zeal in experimenting with animals earned him expulsion from his university. Despite this, he turned his pet, Dalmatian Dempsey, into a humanoid species with intelligence similar to that of a chimpanzee.

With the death of his pet by poachers, he realized that his creations could not live in the same place as humans. For this reason, he understood that he had to migrate elsewhere. 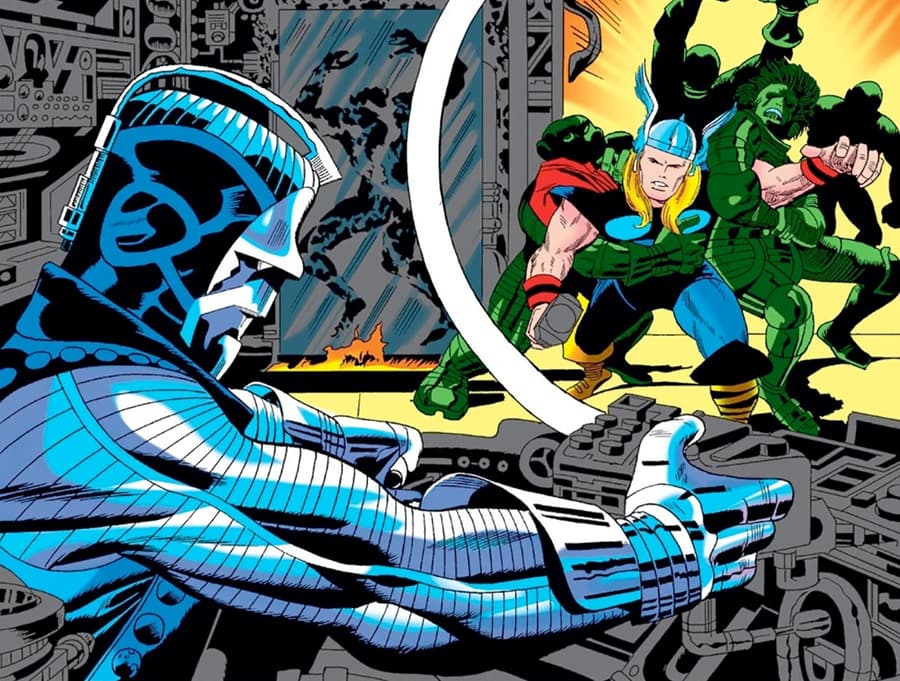 Thus, in partnership with Jonathan Drew, another scientist and father of Jessica Drew, they decided to migrate their experiments to a location away from the world. They found a good site in the small Balkan nation of Transia, the Wundagore Mountain Internment.

In this location, which Drew’s wife inherited, they discovered uranium ore. This precious element would give him the funding for his experiments and acquire much more land from local baron Gregor Russoff.

Upon accomplishing this task, they assembled a “Citadel of Science.” Moloid slaves supplied by Phaeder were the builders of this facility.

Time passed, and the couple continued their experiments until Drew’s daughter was poisoned with uranium tragically, becoming seriously ill. This led to her being placed in suspended animation to save her life until a cure could be found.

Unfortunately, following this event, Drew’s wife was viciously attacked and killed by a werewolf, forcing Drew to leave Wundagores. Wyndham continued his work, developing armor to protect him.

He was joined in his work by an assistant, Miles Warren, who supported him in the investigations and later became Jackal. With this support, Wyndham made much more radical advances, including the genetic acceleration of local animals. In this way, he converted half-human and half-animal animals, which he named the New Men.

Sometime later, Jonathan Drew returns to the citadel and owns the ghost of the 6th-century wizard Magnus. Here, he began training with these New Men, the “Knights of Wundagore,” and referred to Wyndham as the “Lord High Evolutionary”.

After that, already being the High Evolutionary, Thor is found, and they fight against the Man-Beast. This being was one of the evil New Men. Seeing that the world is too dangerous, he turns the citadel into a spaceship, exploring the stars with his New Men.

Publication History of the High Evolutionary 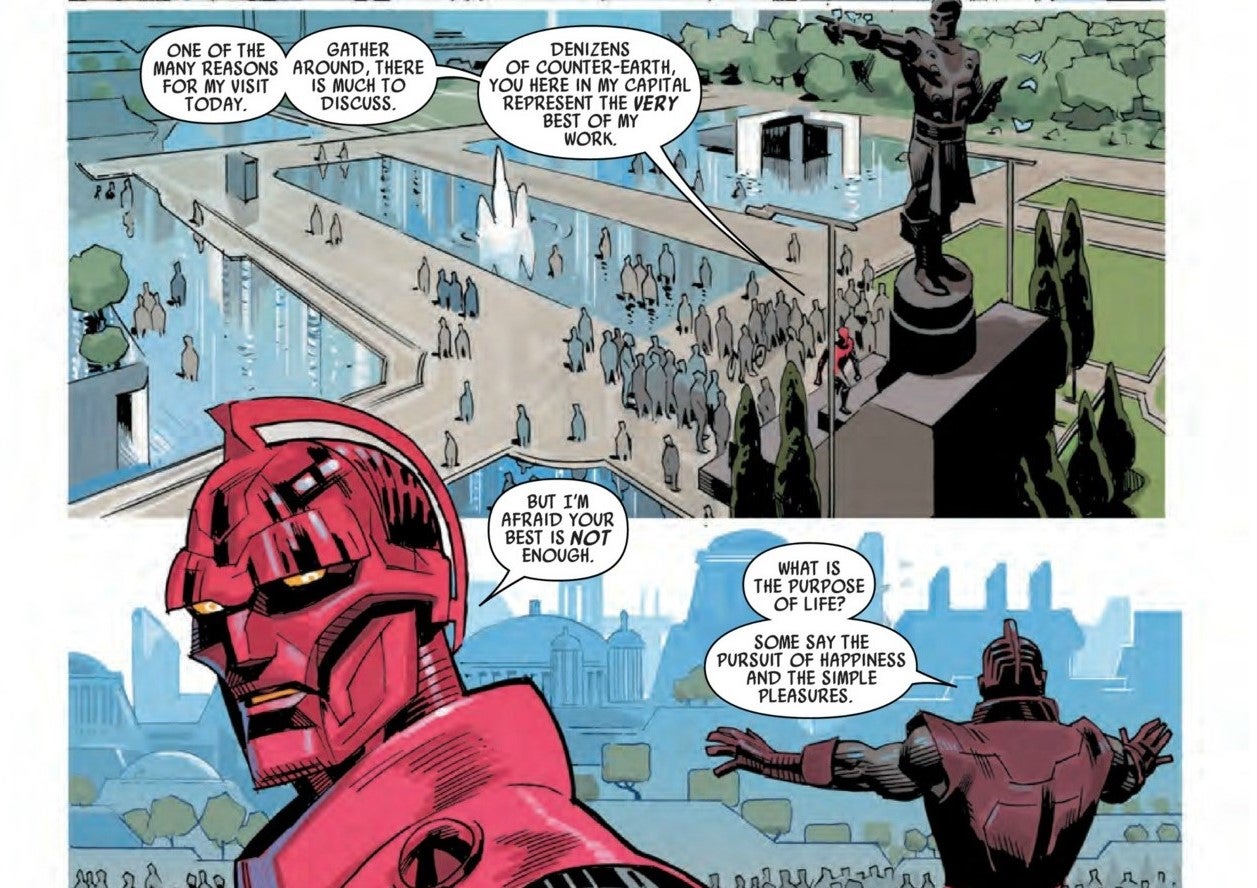 Stan Lee and Jack Kirby create the High Evolutionary. He appears for the first time in 1966, in The Mighty Thor #133 and The Mighty Thor #134. Those considered the character’s henchmen appear earlier in issue #132, but they did clarify their existence.

The personality of the High Evolutionary goes far beyond that of a “mad scientist” or a jaded creator. Feeling a great respect for everything that represents the process of evolution itself.

This character first seeks to create a world that is ever better and less brutal. He shows a deep concern for the deaths and suffering of living beings. As well as the progress so precarious that it is had in each species.

The High Evolutionary is sometimes arrogant and threatening, one of his maniacal phases. But, he has also demonstrated his kindness, creativity, and responsibility on more than one occasion.

Neither for fans nor Marvel writers, the High Evolutionary is considered a villain per se, enjoying sympathy and complexity that make him quite interesting, full of charisma.

Unfortunately, cosmic races such as the Celestials and the Beyonders have tried to interfere in the past in the evolution of humanity. In this way they have taken advantage of the High Evolutionary, driving him to madness. All these actions point to the fact that they fear the work done by this character, considering him a threat. 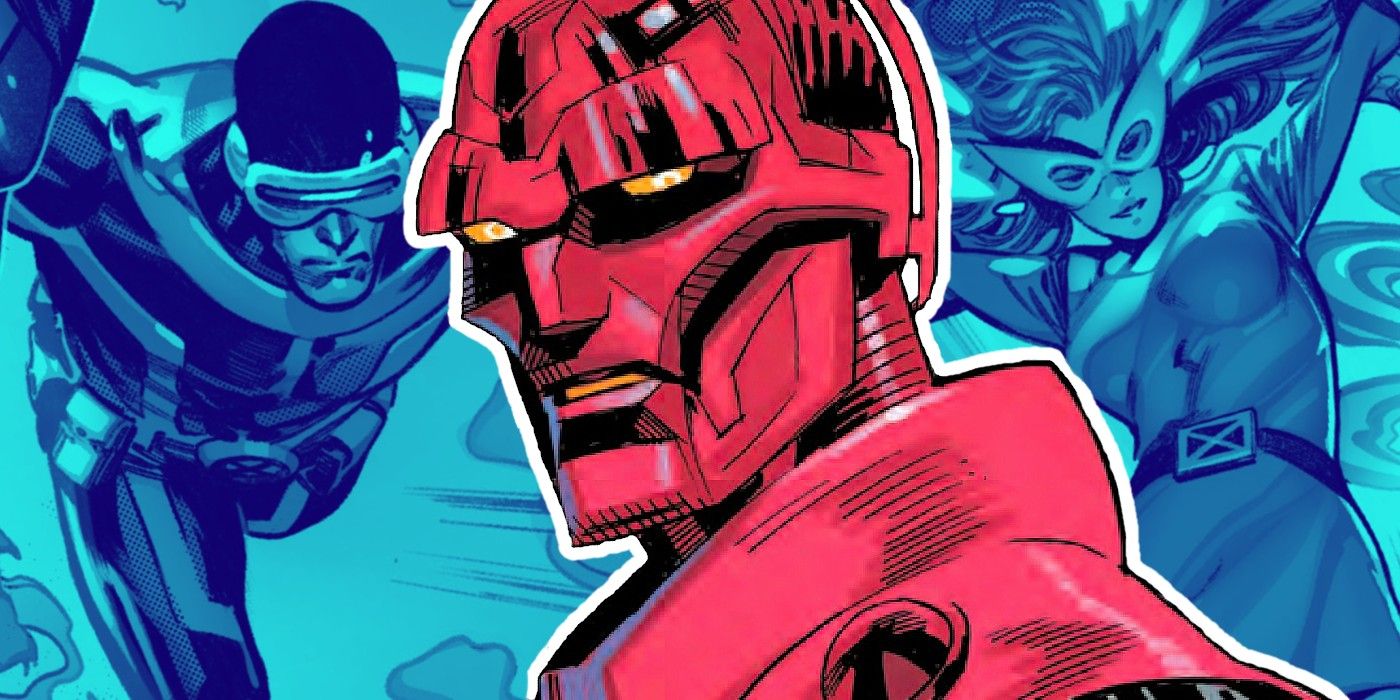 However, if there is something that the High Evolutionary has shown throughout his creation, it is respect. One could say a paternal love towards any creation, even the most defective ones. Respecting even those who have wanted to assassinate him, sparing their lives, like the Man-Beast.

The role played in representing any species’ evolution has become clear. Restoring the Savage Land after the onslaught suffered by Terminus or saving the Earth from Chthon.

The father figure played by High Evolutionary in emblematic characters has been vital. Seeking, above all to make them grow as individuals and heroes. Among them are Quicksilver, Adam Warlock, Wolverine, Spider-Woman, and Thor.

All this demonstrates the High Evolutionary’s inclination of respect and nobility towards his creations, especially in the so-called New Men. Even though sometimes he has become indifferent to the fate of others because his life is at stake, it is only a screen. He always shows his most benign face.

And if there is one thing that cannot be doubted, the High Evolutionary is in favor of defending the most helpless and defenseless, such as small children. Especially those who have been seriously ill, such as Pietro Maximoff, Wanda, and Jessica Drew, to name a few.

Much of their earnings are thanks to the uranium deposits. Thanks to this, the High Evolutionary granted a rather generous financial trust to the people of Transia. This economic cushion has provided the nation with economic stability. 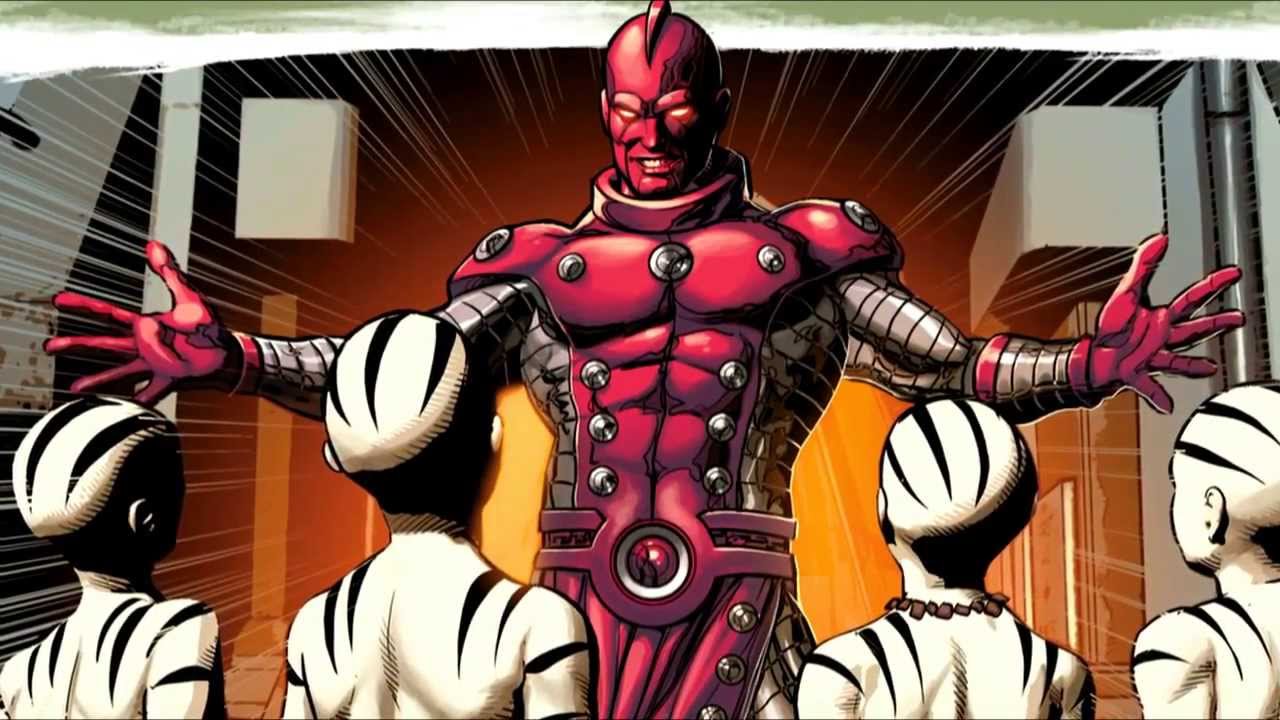 The powers and abilities of the High Evolutionary are varied, we tell you…

The High Evolutionary’s powers derive from his own machine. This artifact gives him superhuman attributes, thus accelerating his personal evolution. This evolution has varied over the years, sometimes deliberately, sometimes not.

His powers have proven to be on the order of the divine. His best attributes are his own genome, cybernetic Exoskeleton, and highly enhanced brain. These powers allow him to devolve and evolve into different life forms, superhuman durability and strength.

All this allows him, among other things, to exercise manipulation and projection of energy and matter at the subatomic level. Likewise, the High Evolutionary has been able to forge weapons for the New Men. These characters have anti-mystical properties, as seen in the weapon wielded by the Beast.

Because of his Exoskeleton, the degree of protection that High Evolutionary provides to his body is incredible, managing to prevent attacks and provide life support. Likewise, thanks to this suit, he can heal himself if he is seriously injured. 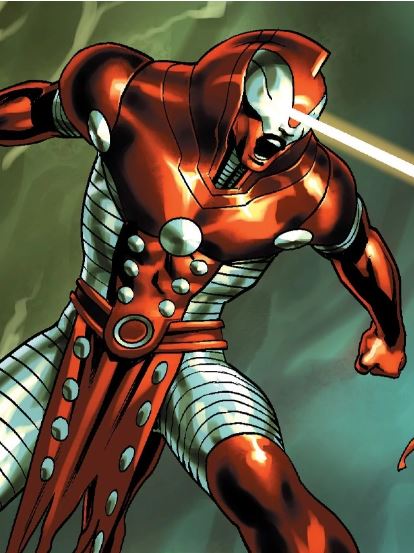 Among the abilities of the High Evolutionary is supergenius intelligence. This intelligence gives him expertise in science, especially in the area of genetics and engineering. He is genuinely a brilliant theorist and scientist. He also stands out for possessing: 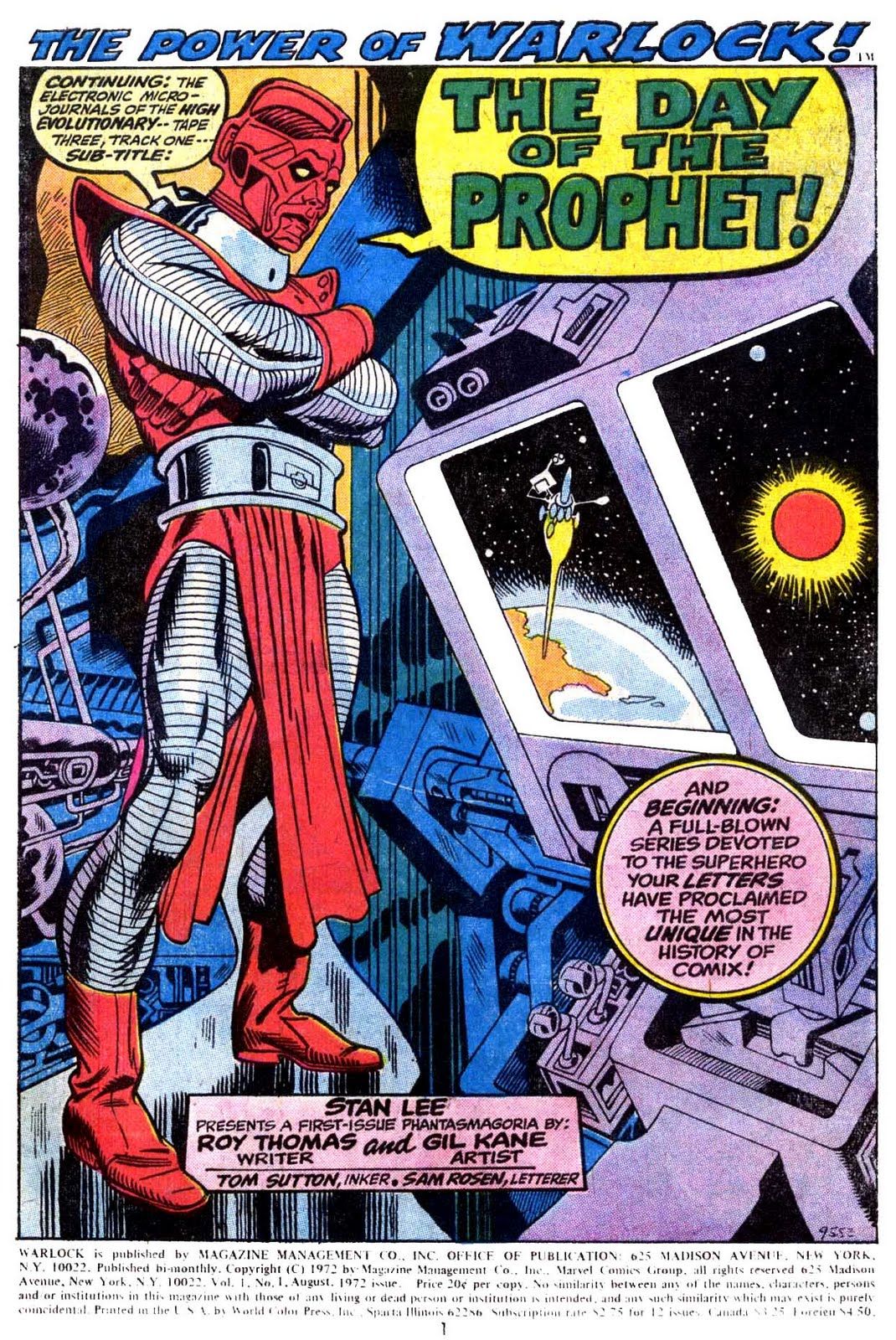 The equipment used by High Evolutionary are several:

Life support system for Wyndham, which allows him to recycle air, providing him with food and water automatically.

Reconstitution protocol, thanks to the bulletproof vest that has microcircuits with all his genetic information. This protocol allows him to come back to life if he dies.

Automatic defense, protecting him at all costs, preventing any disaster from affecting him.

He also possesses different spaceships, such as New Wundagore.

Among the facilities it has to its credit is a Citadel of Science. This place is on Mount Wundagore in Transia, and operates as a research fortress in the Wilderness. It also has a castle located in upstate New York.

It also has several research facilities in different major cities. In addition, it also has space facilities ranging from orbital spacecraft to asteroid bases.

Little is known about the relationships of the High Evolutionary…

Friends are still unknown, despite having helped many, including saving all species on Earth. 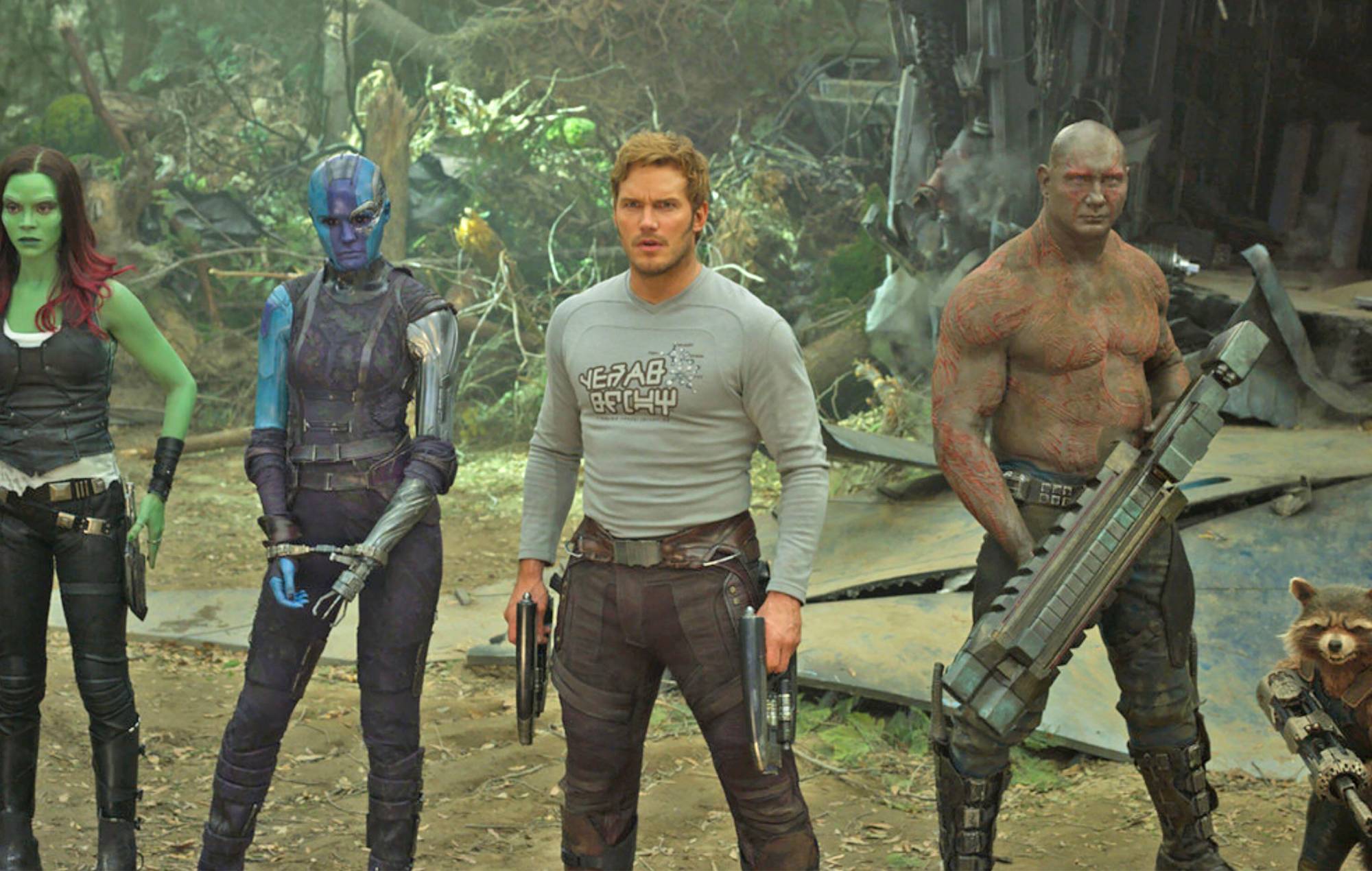 If anything the High Evolutionary are enemies, especially the team of the Guardians of the Galaxy, among which stand out:

High Evolutionary Appearances in Other Media

The High Evolutionary’s appears in various media, such as: 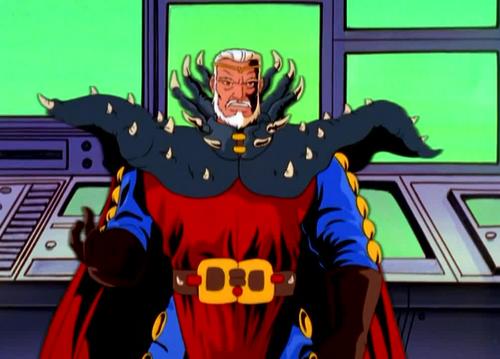 On the small screen, the High Evolutionary has been noticed. We have seen him in: 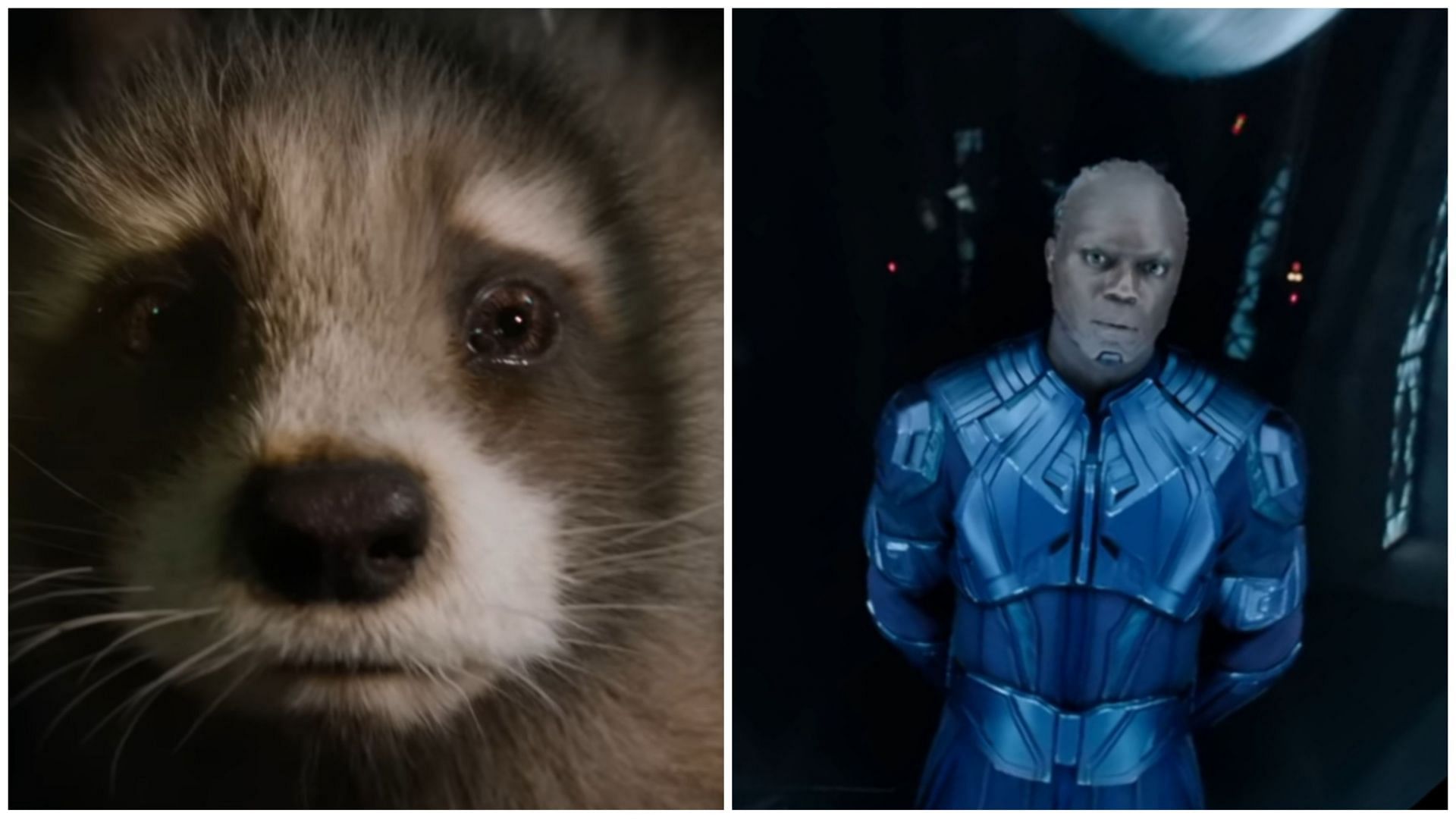 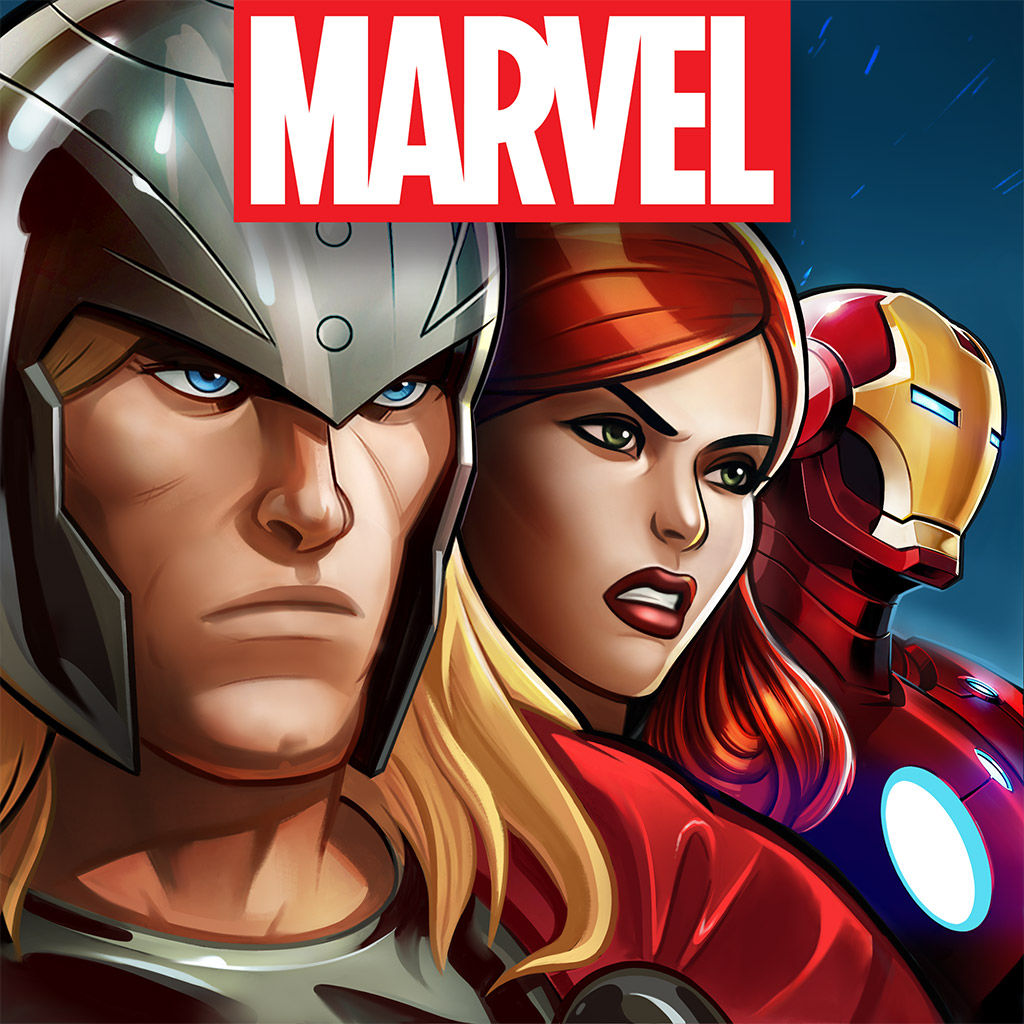 The High Evolutionary could not miss in video games, making a presence in Marvel: Avengers Alliance. In this case, he created “Iso-Saurs” after conducting several experiments with dinosaurs with Iso-8 crystals.

The High Evolutionary character has even been featured in novels such as Dan Abnett’s Avengers: Everybody Wants to Rule the World.

The Mad Geneticist from Marvel Comics 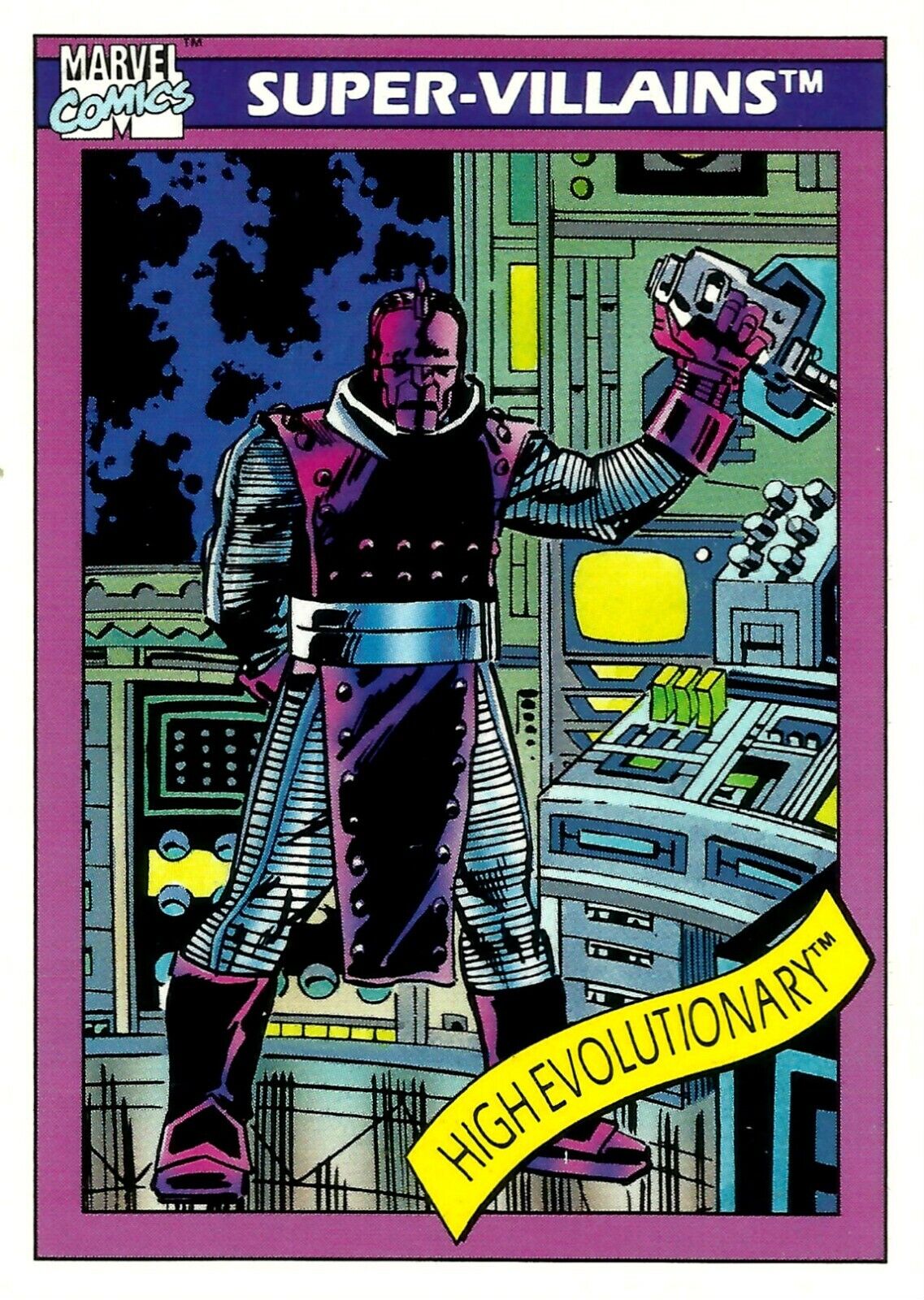 The character of the High Evolutionary is, for some a mad scientist who seeks the genetic evolution of beings at all costs. To others, he is a creator whose main goal is to make a better world without violence.

The personality of this non-traditional villain gives him a unique charisma. So many do not want to pigeonhole him as evil. Since throughout his existence, he has demonstrated his interest in reversing any damage that could stop the evolution of species, on Earth or outside of it.

The best thing is that the High Evolutionary will appear in Guardians of the Galaxy Vol. 3, and he will have a unique job. We will owe him the creation of characters like Rocket and experimenting with Mantis. So his role will be quite relevant, and of course, it is the first time he will make an appearance in the MCU.

ASK…THE QUESTION: Has Dick Grayson Ever Put the Robin Suit Back On?

OnePlus 11 5G Confirmed to Get 4 Years of Android, 5 Years of Security Updates